Home > Where to eat and drink > Coffeeshops > Update: Amsterdam coffeeshops can continue to welcome tourists

DutchAmsterdam.com — The incoming Dutch government has ditched plans for a national “Weed Pass” that would have effectively banned tourists from visiting the country’s famous coffeeshops — where soft drugs are legally sold and enjoyed.

Table of Contents hide
1 Tourists welcome in Amsterdam coffeeshops: Yes or No?
2 Why the Weed Pass was Introduced
3 Why most Mayors oppose banning tourists from coffeeshops
4 Amsterdam tourists and coffeeshops 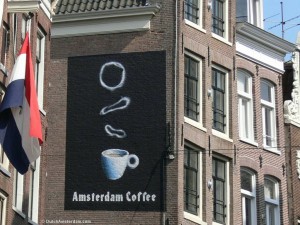 The pass, referred to by the outgoing government as a ‘club pass,’ was an effort to combat nuisance caused by drug tourists.

Under a provisional governing pact unveiled last week the new government still requires clients of coffeeshops to show a passport or ID card, plus an excerpt from the Civil Registry as proof that they are legal residents of the Netherlands.

Coffeeshop customers would also have to be registered in an official registry.

Note: as of February, 2015 this information is still correct: Tourists and locals alike are welcome in Amsterdam’s coffeeshops.

Tourists welcome in Amsterdam coffeeshops: Yes or No?

However, the pact does appear to gives cities the right to decide whether or not to ban tourists from the coffeeshops.

Referring to this clause Amsterdam mayor Eberhard van der Laan — who has long voiced his disapproval of the pass system — today told national daily De Volkskrant that the city of Amsterdam will continue to welcome tourists to its 220 coffeeshops.

Van der Laan told the paper that he promised Ivo Opstelten, Minister of Security and Justice, that crime and nuisance associated with the coffeeshops will be dealt with firmly. 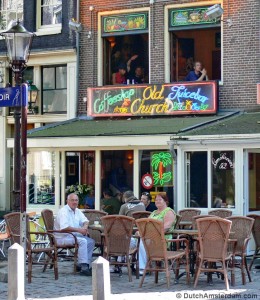 He also said the city will continue to address drug use among underage youth.

But later this morning a spokesperson for Opstelten told Dutch news broadcaster NOS that the minister has not given Van der Laan permission that would allow tourists to visit coffeeshops after January 1, 2013.

He said Van der Laan had been premature in his conclusion that the provisional governing pact allowed cities that much leeway.

According to the spokesperson the new approach can be customized on a per-city basis, but that details still have to be worked out.

Update, Nov. 2, 2012: In the weekly TV show, ‘Het Gesprek met de Burgemeester‘ (The Conversation with the Mayor), AT5 presenter Vincent van Rijn asked Van der Laan to clarify whether tourist will still be able to buy weed after January 1st. The mayor answered with a sound “Yes.”

The Mayor explained that Minister Opstelten is determined to maintain the policy in the country’s southern towns, where drug tourism has caused many problems. But the Mayor and other authorities have been able to convince Opstelten that a similar approach in Amsterdam could have disastrous results.

When the reporter referred to comments made by the spokesperson for Opstelten, who suggested Van der Laan had been premature in his statement to De Volkskrant, the Mayor replied, “How can I give a kind answer? Perhaps regarding some issues I may have had a better contact with the minister than his own spokesperson.”

The mayor did indicate, again, that a year of meetings with the minister preceded his announcement. He also explained the underlying situation: We’re in-between two governments, it’s close to January 1st, and it was time for some clarity.

He confirmed reports that news organizations from around the world have asked him for comments, but that he has rejected those requests “because I do not want to march ahead of the troops.”

Bottom line: yes, after January 1st tourists will still be able to visit coffeeshops in Amsterdam — to purchase and use soft drugs.

Why the Weed Pass was Introduced

The weed pass scheme was introduced this year in several cities in the south of the Netherlands, where the nuisance problem was most in evidence. In January 2013 other cities throughout the Netherlands would have had to follow.

But many mayors — including those of Amsterdam, The Hague, Rotterdam and Utrecht, the nation’s four largest cities — were opposed to the pass system.

Many young people from Germany, Belgium, France and other countries travel to Dutch border towns with the express purpose of purchasing and using soft drugs.

The vast majority of these ‘drugs tourists’ do not engage in more established tourist activities. Instead they loiter in the direct vicinity of coffeeshops, where they bother locals, use porches and gardens as toilets, and get involved in scuffles and petty crime.

Mayors and council members of municipalities that do not attract drugs tourists say that the present system of licensed coffeeshops is preferable over the proposed club pass system, which they say addresses a problem not seen in their communities.

Why most Mayors oppose banning tourists from coffeeshops

As anyone who is not a politician could have predicted, the introduction of the weed pass in several towns in the South of the country, was followed by a marked rise in nuisance and crime, including a sharp increase is street corner drugs sales. 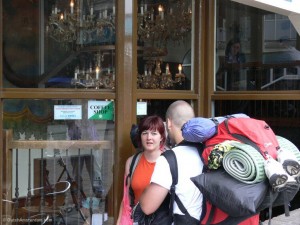 Tourists outside an Amsterdam coffeeshop

Mayors throughout the country therefore asked minister Opstelten to postpone or do away with the pass.

Eberhard van der Laan told De Volkskrant, “If we exclude tourists, all the advantages of the coffeeshop system would be eliminated.”

He enumerated the benefits of the current system as less nuisance, the ability to monitor the quality of the soft drugs, keeping underage buyers away, and the virtual elimination of street sales.

He names the Zeedijk, in the old town center of Amsterdam, as a symbol.

During the 1970s and early eighties the Zeedijk was a center for illegal street trade in drugs. The presence of desperate junks, pickpockets, street robbers and sundry violent criminals turned “De Dijk” (The Dike) — as the street is referred to in the neighborhood — into a no-go area for many people. Many locals moved away while several bars and other businesses closed and later re-opened as seedy dungeons that attracted even seedier customers.

“That was terrible,” Van der Laan says. “It took the city council, the police and the local residents 20 years to recapture that area.”

The Zeedijk has once again become a popular street as its many shops, boutiques, tokos, restaurants and eateries make it a popular destination for tourists and locals alike.

This metamorphosis provided as least some of the inspiration behind recent efforts to significantly clean up the entire Red Light District — as well as the rest of downtown Amsterdam.

A 2007 report by Amsterdam’s Department for Research and Statistics shows that of the 4.5 million tourists who spend the night in Amsterdam during a given year, 26% visit a coffeeshop. According to the Amsterdam Tourism & Convention Board, 10% of tourists even mention this as a primary reason to visit the city.

De Volkskrant now notes that Amsterdam is home to one-third of all the coffeeshops in the Netherlands.

The paper says that of the estimated seven million tourists who visit Amsterdam each year, one-and-a-half million visit a coffeeshop.

Category: Coffeeshops, NewsRelated to: CoffeeshopsLast updated: Friday, February 27, 2015 at 9:59 AM, Central European Time (CET)
Transparency:
The DutchAmsterdam website includes affiliate links. That means we get a small commission — at no additional cost to you — for each purchase you make. Your support helps us provide this site free of charge. Naturally, as our Editorial Policy states, our content is never influenced by our advertisers or affiliates.