Home > Blog > Why is Amsterdam so tolerant?

The Netherlands — that’s Holland to most Americans1 — is known the world over for its progressive attitude. Dutch policies on recreational drugs, prostitution, same-sex marriage and euthanasia, are among the most liberal in the world.

The sale and use of soft drugs, in so-called coffeeshops, has been tolerated for years.

Prostitution is legalized. The Netherlands has allowed same-sex marriage since April 1, 2001, the first country to do so.

Holland was also the first country in the world to legalize euthanasia. 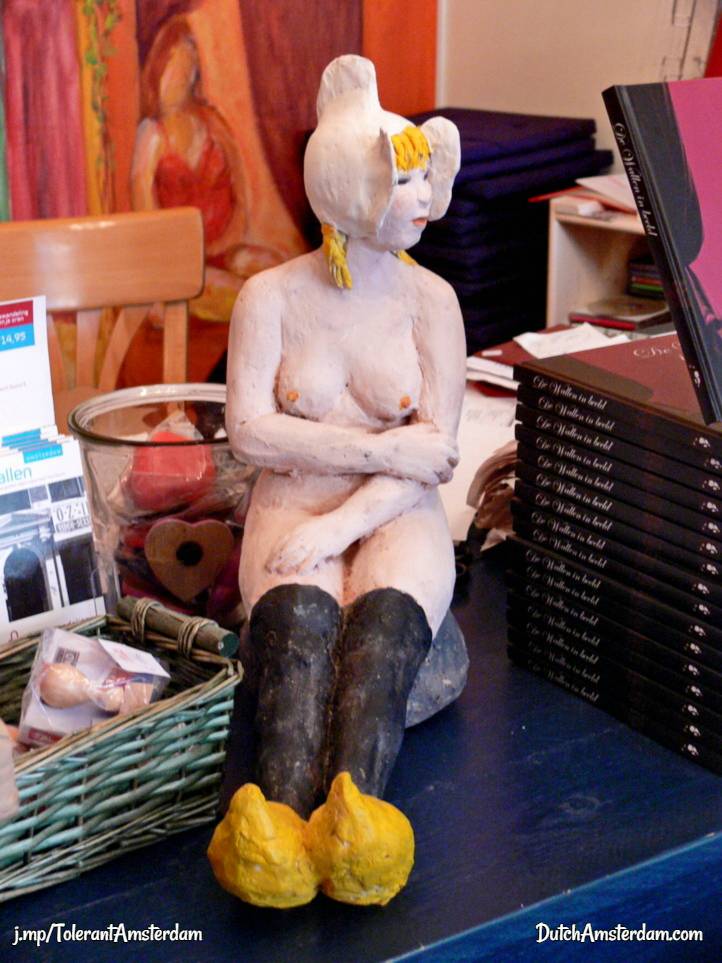 Souvenir sold at the ‘Wallenwinkel’ – a shop run by the Prostitution Information Center. Figurine of a woman wearing wooden shoes, stockings, and a traditional cap

Are the Dutch really that progressive?

First and foremost, they are pragmatic.

Take prostitution. The Dutch tend to think that it will happen anyway, whether they prohibit it or not.

So they legalise it – to prevent prostitution from going underground, to have access to the prostitutes, promote condoms and hygiene and to prevent mistreatment of women forced to work as prostitutes.

The logic is simple – tolerate it, rather than prohibit it and subsequently lose control.

The same line of reasoning applies to soft drugs and euthanasia: people will smoke soft drugs, so it might be better to educate them about it openly; doctors will be faced with requests from people who would prefer to end their suffering, so perhaps better be realistic about it.
– Source: Yashe Lange, BBC, Apr. 11, 2001

In the Netherlands this approach is known as gedogen:


Illegal, But Not Illegal

Gedogen is a Dutch verb that cannot be properly translated. It roughly means “tolerated,” but in a wider and different sense of the word. It is used of a situation or activity that technically is illegal, but which is actively tolerated as a matter of government policy. Why? Because everyone knows that certain issues — say, prostitution or the use of soft drugs — can not be legislated away.

In short, gedogen is something that is illegal, but not illegal.

The gedoogcultuur, literally “a culture of permissiveness,” goes hand-in-hand with the poldermodel — an approach in which efforts are made to reach a very broad national consensus on important issues.

It is said that the name and model derive from a feature of the Dutch landscape. A polder is land behind a dike.

As far back as the Middle Ages, people who lived behind dikes — at below sea level — had to cooperate with each other when there is a danger of flooding. Even if otherwise they did not see eye to eye (e.g. due to family feuds, different lifestyles, different religious views, etcetera) it was in their best interest to cooperate in order to survive. 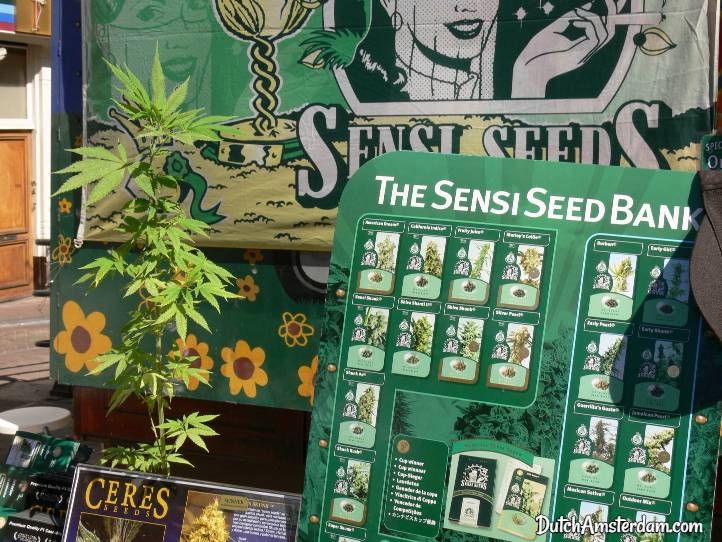 The Sensi Seeds Bank has several locations in the center of Amsterdam. Shown is the shop’s display at the outside ‘free market’ during one of the Queen’s Day (now King’s Day) celebrations.

The Netherlands has a long tradition of social tolerance. In the 18th century, while the Dutch Reformed Church was the state religion, Catholicism and Judaism were tolerated.

In the late 19th century this Dutch tradition of religious tolerance transformed into a system of ‘pillarization,’ in which religious groups coexisted separately and only interacted at the level of government.

Pillarization (verzuiling in Dutch) organized society into several smaller segments or “pillars” according to different religions or ideologies, which operate separately from each other in a non-racial form of apartheid.

In many respects, these pillars formed the building-blocks of a tolerant, relatively diverse, non-confrontational society. 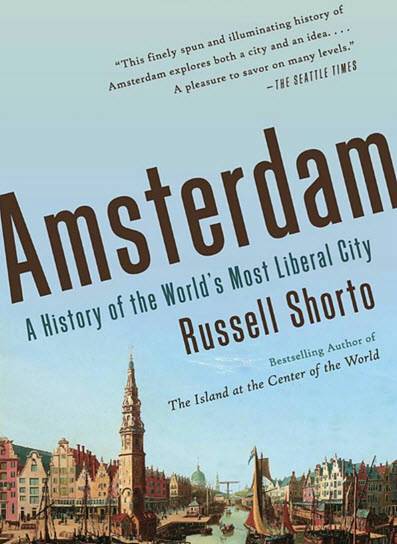 Amsterdam: A History of the World’s Most Tolerant City, by Russell Shorto

At the same time this approach unintentionally also led to intolerance. For instance, your religion influenced which supermarket or bakery you frequented. You wouldn’t want your purchase of sugar to financially aid the wrong religion.

Some companies even only hired personnel of a specific religion or ideology.

This led to a situation where many people had no personal contact with people from another pillar.
– Source: Pillarization, Wikipedia. Last accessed, May 4, 2007

After the Second World War some began to doubt the pillarization system, and during the sixties, the pillars largely broke down.

Television, the hippie movement, and the increase in mobility — travel and interaction with other people — brought the realization that people in the various pillars weren’t all that different.

Increases in education and wealth also meant that more and more people gained independence from the straight-jackets of the pillars.

Music and the hippie movement (Amsterdam, for many the start and finish of the India trail, became a mecca for hippies) both reflected and contributed to the changes in society.

The leveling effects of the Sixties were more radical in the Netherlands than in other countries. Consensus decision making (which in later years became known as the poldermodel) led to the gedoogcultuur. The official tolerance that resulted has earned Holland, and Amsterdam in particular, the reputation as a place where anything goes — the world capital of relativism. 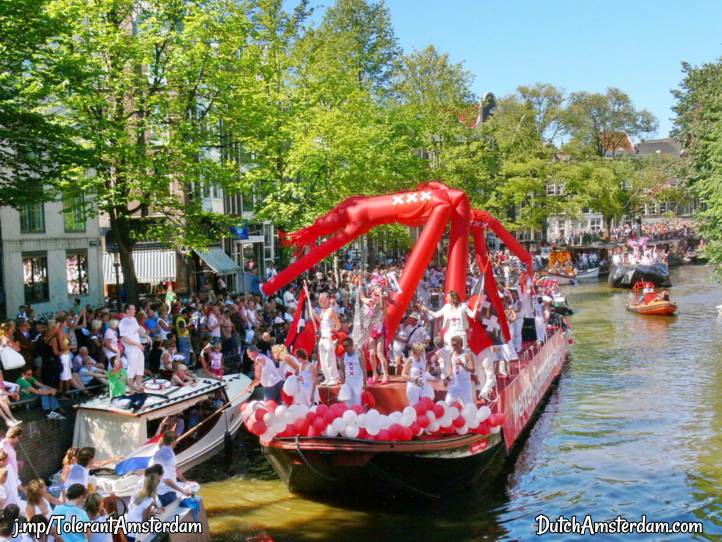 Nowadays — while less than a third of Dutch people attend church — some conservative religious denominations still have a form of pillarization. In addition, the tendency of Muslim immigrants to form a ‘parallel society’ in their host country is also considered a throwback to the system of pillarization.

Still, even during the years of pillarization — and long before the poldermodel and gedoogcultuur — tolerance was a hallmark of Dutch society. The reason? Money.

This pragmatic tolerance has a historical reason, too.

Amsterdam is traditionally a city of immigrants. Jews from Spain and French protestants found a safe haven, centuries ago.

More importantly, Amsterdam is a city where trade has always been more important than ideology or religion – overly strong views would only hamper relations.

That attitude is still visible today. Moreover, being small and internationally-orientated, the Dutch quite simply had to be able to associate with different cultures, sail the seas, learn other languages and accept differences. Hence the tolerant attitude.

Sex at a young age, is another good example of the same tolerance. Undesirable according to many, but treated pragmatically by the Dutch.

Kids will have sex, whether you like it or not. So, at 12 years old, they get education and can go to a clinic to get contraceptives. Anonymously, if they want. Their parents won’t know.

Does this stimulate Dutch adolescents to have sex at a younger age, as critics might claim? No. Dutch youngsters have their first sexual experience relatively late. And more importantly, the number of abortions and unwanted pregnancies among teenagers is the lowest in the world.
– Source: Yashe Lange, BBC, Apr. 11, 2001

To date, the Netherlands remains a tolerant nation, exemplified in Amsterdam’s freewheeling nature.

That doesn’t mean there are no rules and regulations. Far from it. Indeed, tolerance itself is heavily regulated. Prostitution, for example, is considered a business venture. Prostitutes pay income tax, must observe safe sex rules, and must be at least 21 years of age.2 (Clients must be at least 16, the age of consent. From time to time there are discussions in government circles about possibly raising the minimum age to 18 or even higher, but thus far those proposals have stranded).

Likewise, coffeeshops must be licensed, and are subject to a set of rules (e.g. no advertising, no sale to people under the age of 18, and no hard drugs sales on the premises).

Just about the only thing the Dutch won’t tolerate is intolerance — such as displayed by a small, but growing movement of Islamic extremists. After the murder of filmmaker Theo van Gogh, by an Islamic fanatic, this has become the subject of much discussion: What does a society that is tolerant of minorities do when it is confronted with a minority that is violently intolerant?

Did you know that Amsterdam has a statue in honor of prostitutes?

Category: About Amsterdam, BlogRelated to: toleranceLast updated: Friday, January 6, 2017 at 2:39 PM, Central European Time (CET)
Transparency:
The DutchAmsterdam website includes affiliate links. That means we get a small commission — at no additional cost to you — for each purchase you make. Your support helps us provide this site free of charge. Naturally, as our Editorial Policy states, our content is never influenced by our advertisers or affiliates.